Yo! Mr. Trudeau sir! Have you got a pair?

Why is it that right-wing douchebags like Trump have the nerve to stand up to asshole communist regimes like China, but supposedly decent, principled guys like Obama and Canadian Prime Minister Justin Trudeau don’t?

As a Canadian living in Taiwan for the last fifteen years, I was gratified by the news of Trump’s phone call with Taiwanese president Tsai Ing-wen, just as I have been appalled at most else he’s done or said. I’m very from being on the right wing – even in strictly Canadian terms – and I’m sick of hearing Trump’s name, but l welcomed his pre-inauguration call to Taiwanese president Tsai Yingwen, which angered China. The reason is simple: what Taiwan needs most is recognition from the world. Its invisibility makes marginalization and coercion by China much more likely. And since Taiwan is a free, democratic country with a lot in common with Canada, that would be a huge shame.

Not that you’d likely have heard much about Taiwan’s unique society before Trump’s call, or his subsequent remarks doubling down on the “one China” policy.

Recognition of Taiwan has been constantly blocked by communist-controlled China, which has territorial claims on the prosperous island, considering it a renegade province that has never re-unified with the mainland after losing the Chinese Civil War in 1949. Taiwan has to compete in the Olympics as “Chinese Taipei”. (Imagine how Canadians would feel about competing as “British Ottawa!”) China wants the flag of Taiwan to be invisible to the public, even outside Taiwan’s “officially unofficial” embassy in Washington DC. Taiwan cannot participate in the WHO, thanks to China, except as “Chinese Taipei” with only observer status. Even Switzerland’s ISO considers Taiwan to be “Taiwan, province of China.”

Yet despite a supposed tradition of standing up for democracy, Canada has done little since Harper’s early years to stand up to China on anything, let alone Taiwan. Current PM Justin Trudeau has cozied up to China, with plans to negotiate a mutual extradition treaty, despite the growing superpower’s recent vicious crackdown on human rights lawyers. At a recent IATA air-safety meeting in Montreal, Taiwan was shut out at China’s request. What “Mr. Wonderful” Trudeau say about this on his home turf? Nothing.

In addition, the CBC’s coverage of Taiwan has been very light on anything positive, even about the massive December 10 rally in Taipei that saw 250,000 people support same-sex marriage, an change endorsed by Taiwan’s female president. Taiwan may very well become the first nation in Asia to support marriage equality, a fact reported by news outlets around the world. Yet a Google search for “Taiwan marriage equality CBC” comes up blank. However, the numerous CBC articles about Trump’s recent statements about Taiwan have focused on China’s angry response, or the risks Trump is taking. References to Taiwan’s democracy are often couched in terms of how Trump should not “recognize Taiwan as an independent democratic country.”

Well, I’ve got news for you CBC: Taiwan is an independent democratic country. What’s more, it has a humane political culture, the rule of law, and a free press, unlike China. Also unlike China, it doesn’t illegally detain and torture human rights activists. Heck, it even has good public healthcare! It’s a friendly, peaceful, hardworking nation, the kind of place Canadians would instantly connect with. 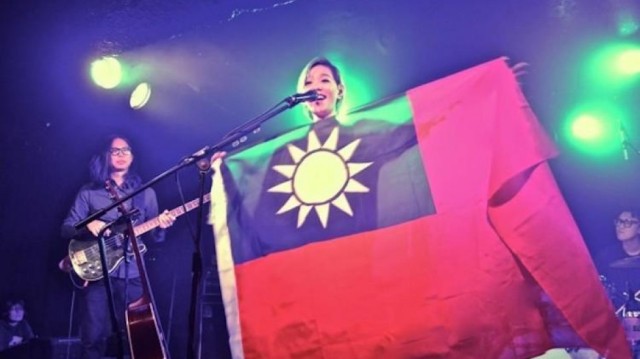 It’s also a real success story as a self-made country. Taiwan was one of the original Asian tigers, and although times are tougher now (as they are all over) it still has a decent standard of living, low unemployment, and a dynamic electronics industry. In terms of overall quality of life, people in Canada are a bit better off. But we did that with a huge trove of natural resources, and the benefit of having the world’s greatest superpower as our friend and neighbor. Taiwan achieved almost the same thing with a growing hostile giant as their neighbor, and with comparatively few natural resources, except human resources that is.

But don’t expect that from young Trudeau. He’s high on oil pipe dreams of trade with China, and for him principles seem to be just words used for locking in voter base, not for standing up for human rights worldwide. It’s a damn shame.